Mark Sammut has a vast business experience and founded various companies both locally and internationally. Besides his private businesses, he held past government positions in Finance, Health and Transport institutions. His expertise ranges between IT, Healthcare solutions, corporate re-organisations, business process engineering and corporate aviation. Alexander Craus K/A Sandro Craus graduated from the University of Malta in Education and pursued his studies at the University of Sheffield in Educational Management specialising in Human Resource Management where he obtained a Masters Degree. He continued to further his studies at the same University and achieved another Master Degree in Education. Mr Craus taught at secondary schools and lectured at the University of Malta for a number of year. Mr Craus also spent eight years as Rabat Local Council Mayor whereby he took upon himself to organised various cultural and educational activities, introduced initiatives to enhance literacy, opened a day centre for the elderly, an IT centre and restored various historical monuments. During his time, the local village core was upgraded, pedestrianised and created a destination, for locals and tourists alike, linking Mdina to Rabat.

Mr Craus is currently serving as the Head of Government Customer Care at the Office of the Prime Minister, coordinating various initiatives amongst ministries and secretariats. He is involved in various projects, giving advice regarding the budget proposals and assist the Prime Minister in various meetings.

With the high level of education and experience in different sectors, education, local and central government administration, supported by a strong commitment and determination, Mr Craus is an invaluable asset to Malta Med Air’s current and future Human Resource operations and overall future growth plans. 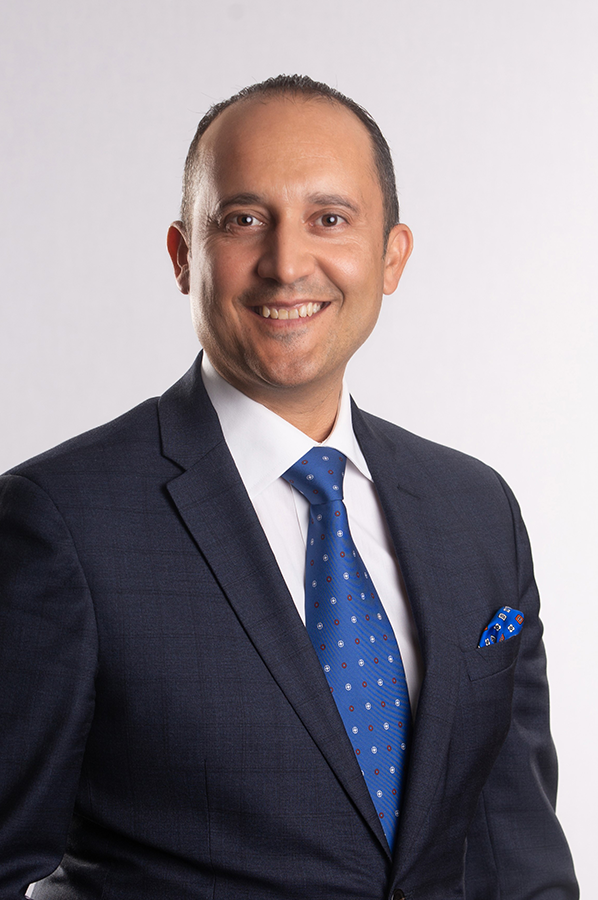 Stephen Xuereb, is a Fellow of the Chartered Institute of Accountants. He followed this by reading an MBA with Henley Business School (University of Reading). His main focus is Strategic Management, Leadership and Knowledge Management.

Mr Xuereb currently serves as Chief Operating Officer of Global Ports Holding Plc, a London Listed company, the largest Independent Cruise Port Operator worldwide. He has occupied this position since August 2016 overseeing the strategic direction and overall performance of the 17 cruise ports in the portfolio, across 9 countries and 3 continents.

Mr Xuereb has been involved in the Cruise Industry since 2002, serving first as the Chief Finance Officer of Valletta Cruise Port plc between 2002 and 2014, overseeing the €37 million investment to transform the once derelict site into the historic attraction that it is today. In 2014, Mr Xuereb was appointed as Chief Executive Officer of the Valletta Cruise Port, a position he still occupies to-date. During his tenure as CEO, cruise passenger volumes increased year on year, hitting an all time high of over 760,000 passenger movements in 2017.

Mr Xuereb has over 25 years of senior management experience.  Previous to his involvement in the cruise industry, he occupied posts in the audit and financial advisory sectors as well in the retail, property and hospitality industries. His international operational knowledge, coupled with his financial and strategic background, will bring a wealth of experience to Malta MedAir in its impetus for continued development and growth. Marlene Mizzi studied at St Dorothy’s Convent, and UOM.  She graduated with an honours Bachelor’s degree in Economics from the University of Malta, and read for an M.Phil.  degree at the Maastricht School of Management, the Netherlands. Her field of specialisation is Corporate Governance.

Over the years Marlene has gained vast experience working in the manufacturing, retail, banking , maritime and insurance sectors, both locally and abroad. She worked in the field of banking  for Sparbanken i Abo in Finland, and for UBS in Switzerland; in industry – as Production manager for Bogner Sports in Malta and Munich; in retail – for Mothercare  and Early Learning Centre in London; in insurance – Chairman , Millennium Insurance Agency .

She is Chairman of AMCA Ltd, a company operating a number of retail stores.  She also occupied a number of Board positions including:  Chairman of Sea Malta , member of  Board of Directors of BOV plc, as a council member and Honorary Secretary of the Malta Chamber of Commerce; member of the Faculty of Economics , Management and Accounts of the UOM;  is Life Honorary member of the Malta Institute of Management;   founding member of the national think-tank, the Today Public Policy Institute. She is the Chair of the Board of Administrators of the Malta Community Chest Fund Foundation appointed by HE the President of  the Republic.

Marlene Mizzi was the first Maltese woman elected as a Member of the European Parliament, where she served a 6-year mandate.  She is married to Judge Antonio Mizzi. They have a daughter, Dr Alexandra Mizzi. During the years, Mr Farrugia worked in the aviation sector where he occupied different roles in various divisions, mainly in Ground Handling. He also worked across different Ministries and occupied various roles and currently works at the Ministry for Social Accommodation.

Cameron is also involved in the cultural and sports sectors where he occupies roles that focus on PR, Communications and Digital Media, areas of high interest to himself. Being young, dynamic and motivated Mr Farrugia is a vital addition to Malta MedAir. Dr André Borg is a lawyer by profession and senior partner at Borg & Associates Advocates. He followed his studies at the University of Malta having attained a Doctorate of Laws (LL.D.) in 2007 In 2010, André was awarded a scholarship at the Università Cattolica del Sacro Cuore (Milano) in Business Entrepreneurship. Since 2001, André Borg held various roles at Mapfre Middlesea and between 2008-2010, Dr Borg was seconded to Italy at Progress Assicurazioni S.p.A performing anti-fraud operations, moving on to head the company’s Legal Office. For a short while in 2009, Dr Borg was awarded the Robert Schuman scholarship for a work placement as a linguist at the European Parliament in Luxembourg.

Dr Borg returned to the EU Civil Service between 2012-2013 as a lawyer-linguist at the Court of Justice of the European Union. In 2013, Dr Borg was assigned as Governor on the Board of FinanceMalta. He also took up the role of Company Secretary at Air Malta in 2014. Eventually, in 2015, Dr Borg was appointed Member on the Planning Authority’s Executive Council, the Immigration Appeals Board and the Prisons Appeals Board. More recently, in 2018, Dr Borg added the role of Company Secretary at Malta MedAir. Dr Borg holds further directorships on a number of private businesses. Paul Bugeja is today CEO of Malta MedAir after having held the Executive Chairman position from the airline’s launch in January 2018 to October 2020. Previous to this assignment, since September 2014, held the post of the Chief Executive Officer of the Malta Tourism Authority (MTA) mainly focusing on marketing, promoting and monitoring the Tourism Industry of our islands. The role at MTA, followed a 35 year career with the Malta based, international hotel group, the Corinthia Group of Companies. Since joining the Group in 1979, Mr Bugeja worked in various locations, both locally and overseas taking up several key senior posts in management. Besides overseeing the operating company’s Administration and Finance functions of the entire group’s hotel operations, he was involved as part of the support team in all of major local and international developments in over 14 different countries. He subsequently also formed part of the Group’s Hotel Monitoring Board.

He obtained his CPA warrant in 1989 after acquiring the UK-FCCA and the Malta FIA certification. Joined Air Malta in 1975 as an engineer and progressed through various sections of the Engineering and Maintenance department until becoming Chief Engineer in 2002 , a post held for 13 years. In 2013 as Air Malta’s Chief Operations Officer, in addition to Engineering and Maintenance, he assumed responsibility for all Ground Handling and Security and aircraft leasing activities, whereas between August 2016 and October 2018 he held the post of Accountable Manager for Air Malta.